Once upon a rainy week in Scotland, we visited a slippery wet Edinburgh Castle, a dreadful grey Loch Ness … This is an example of how most reports of Scotland would be like, but luckily this report of the school trip across Scotland two MSS Leistungskurse embarked on in April 2017 will have none of it. We, meaning the English Leistungskurs of Mr Wagner and the Maths Leistungskurs of Mrs Hochstetter, are different, special even as we did not encounter one single raindrop in a country most famous for its bad weather. But first things first, our journey began in Germany and already seemed promising. Our departure time in Alzey had been accelerated to ensure an early arrival at the docks of the ferry and everybody knew this - except one. Consequently, 40 exhausted pupils had to wait almost an hour for the last one to arrive; nevertheless, we reached the harbour of Ijmuiden in time and were the first to enter the ferry.

The ferry ride proved to be a real adventure, not only were the prices in the restaurants on board pretty adventurous (20€ for spaghetti, which nobody was willing to pay, so luckily we brought food on our own), but the swell too. The travel sickness pills often did not work their magic and some had to become acquainted with the loo quite intimately in the small, cuddly cabins. Meanwhile on deck nine, amid amused pupils, Mario Wagner played Nintendo DS, but not any game, no, he played his game: Mario Kart (which he still has to practise). Reaching dry land in the morn, the sickness passed and made way for excitement as we swiftly mounted our bus that would get us to Edinburgh. The Scottish scenery our group admired from within the bus was dominated by sunlit hills and bright yellow bushes of gorse that smell surprisingly like coconut as noted upon leaving the bus for a small coffee break.

At first, we visited Holyrood Park in Edinburgh, a vast natural reserve right in the middle of the city. The group was split into two, for two park rangers were provided whom each did a different tour through the park. Students with sturdy shoes with grip went to Arthur’s Seat, the highest mountain in the park, whereas the others avoided climbing and went all around. Next came a tiny city tour with Mr Wagner with the final destination being our hotel. The owner was a good-natured man who served excellent breakfast and provided comfortable, big rooms.

The following day, because this is a school trip and education must not come up short, our two Leistungskurse had an appointment in the Scottish Parliament to be taken around by a guide and to foster an understanding of Scottish politics. It was as factual and business-like as it can get, but we perceived that this place offered the best Internet connection in the whole of Scotland. To make up for the silence in the Parliament, afterwards we visited the Royal Mile, the main shopping street in Edinburgh and bursting with tourists like us, and the magnificent Edinburgh Castle. After a short introduction by Mr Wagner and Mrs Hochstetter, each for their own Leistungskurs, we were free to explore the landmark in small groups, deciding where we wanted to go and if waiting in front of the crown jewel room to enter was worth it (, which it was, the jewellery and smithery are stunning). Mr Wagner fell into the trap every tourist is prone to and bought a stuffed animal in form of a Highland Cow, named it Sir Walter Scott and made it tag along for the rest of the school trip (with one or two suicide attempts on the behalf of the stuffed animal included). We used our money efficiently and acquired Scotland sweaters and all kinds of whisky imaginable, which our bus driver securely stored away till we arrived back home in Germany. The Maths Leistungskurs and parts of the English Leistungskurs then ventured to the Grass Market, with the rest of the day spend at leisure.

The next day at Calton Hill, 20 pupils and one Mr Wagner tried to take a group selfie (and succeeded in the end thanks to a trusty selfie stick) because the view over Edinburgh was breath-taking. Surrounded by strange-looking people with drums and colourful hair, we enjoyed the panoramic view of the old town and learnt later on that these people were preparing a festivity to welcome spring and prosperity. However, nobody of our group went there, instead we strolled down New Town after the lunch break. With plenty of time at our hands, there were the possibilities of going shopping, sitting down in a cafe or visiting the national museum till we came back together again. Our meeting point was just below the Walter Scott Monument on a steep grass slope and a most curious idea was born. Why not profit from this occasion and start rolling down the slope sideways? Mr Wagner was brave enough to follow the example of two students and ditched his glasses, common sense and security and started rollin’. Last but not least, some students of both Leistungskurse had booked a Ghost Walk through the catacombs of the capital. We started our tour outside, and the guide, who was a total badass, demonstrated medieval torture methods with two Maths students, breaking in Mrs Hochstetter in the art of pain. No worries, everybody was fine and the evening well-spent beneath the streets of Edinburgh.

With the breakfast being as nutritious as it had been the first day, it was time to leave the metropolis for another place, Inverness to be exact. Driving up north, there were various options of activity one could pursue in the bus. Some of us preferred to sleep, others wanted to listen to music and turn the bus into a club, concerning a group of boys far in the back… All they wanted was to play Mario Kart. Depending on the winner, a loud “so undeserved” echoed through the vehicle, which caused mild annoyance among the sleeping party. Even though we were told that on Bank Holiday shops are closed, most of them did not seem to mind and we continued shopping at Tesco, a supermarket chain that is, food-wise, in every way superior to German discount markets. After a small city tour of Inverness led by Leistungskurs members we swiftly explored our youth hostel only to return in groups of three to the beautiful city centre with its well-preserved castle and bridges over the Ness.

A good night’s rest away was the trip to Culloden Battlefield, a historic sight were the Scottish fought the English in the Second Jacobite Rebellion (and lost). At the accompanying museum we were introduced to the times back then through a game of espionage and then some short theatre sketches which told real-life stories of people affected by the battle. At first we rolled our eyes, but with 18th-century-style costumes appearing, our enthusiasm was kindled and the creative work process started. We laughed almost incessantly, especially as Sir Walter Scott had to function as our riding animal. Later that day, the said small Highland cow fell off a wall, probably on purpose as it could not handle the exertions of our school trip anymore. The tour of Culloden Battlefield and the subsequent museum visit were interesting and definitely worthwhile, particularly the 360 degree video reconstruction of the battle. The fact that a great deal of questions had been asked pleased Mr Wagner.

Afterwards, we drove to Dallas Dhu Whisky Museum, a disused distillery. Being a student group, we benefited from not having to pay any admission. Initially, a film which seemed to be older than all of us (perhaps even older than the distillery itself) had been played to explain how whisky was compounded. It was not very informative; however, the old visual effects entertained us all. The subsequent tour gave us great insight into the manufacture of our souvenirs. In the evening, dinner was – as usual – provided by the Tesco Meal Deal or our new favourite pub Weatherspoon’s which was recommended to us by our lovely teachers.

The following day, we started our journey to Loch Ness. In the back of the bus, the bus party prevailed, whereas others in the front could only roll their eyes. One highlight were the Highland cows, which we could finally admire in real life. Loch Ness truly is enchanting and captivating, especially with the ruin Urquhart Castle in front of it, which appeared to be shining due to the reflexions of the glinting and gleaming sea. Whereas most of us used the time to take a lot of photos of that breath-taking scenery and enjoy the wonderful day, Sir Walter Scott was actually baptised by one of our schoolmates who was brave enough to swash in the ice-cold water for a reasonable amount of time. Thereafter, our voyage went on until we stopped in Fort William to go grocery-shopping again. Eventually, we arrived at our destination for the night: a backpacker hostel at the bottom of Ben Nevis. Against all our predictions, “generation technology” managed to get along with rooms of 16 people with no sockets and extremely restricted warm water. After putting our luggage into our luxurious rooms, there was a voluntary hike which was scheduled to be one hour but lasted two in the end as we were exceedingly motivated by that time. Having climbed one third of Ben Nevis, we came back exhausted, yet proud and relaxed at the river or inside our rooms to talk and enjoy each other’s company. Truth be told, it was actually really nice to be without Internet connection.

The next day, we spent most of our time inside the bus, as we were driving to Stirling, our last city to visit before returning to the ferry. The hostel certainly was an upgrade concerning the standard of our accommodation. Our rooms were all on the same storey and we had a great view of the neighbouring prison or parts of Stirling. As usual, we walked through the city, but unfortunately saw Stirling Castle only from the outside, as the admission was fairly expensive. In reference to the rather high-priced provisions on the ferry, most of us took advantage of the lower-priced grocery stores for the last time before going to dinner at Weatherspoon’s. An overall splendid last evening.

After a nourishing breakfast with very lovely employees, we started this long journey ahead of us of going home. We stopped at the Falkirk Wheel, where some of us only venerated the hand cream and soap which had cute little cows on them. During our drive, we could marvel at the Kelpies, huge horse-head sculptures. Due to the previous experience, there was less seasick; yet the love of playing games did not vanish. In the evening, we admired the gorgeous sunset on the main deck.

The very last day only consisted of our journey home. We were fairly jubilant to be home after such a pleasant, varied, yet sometimes arduous school trip. In the end, we have to thank all of our teachers who featured a sublime organisation ability due to which we had the possibility to see an unbelievable amount of dazzling and exquisite landscape in such a short amount of time. Thank you for everything! 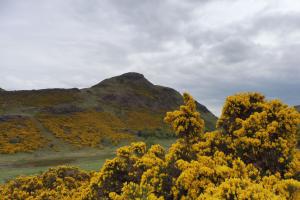 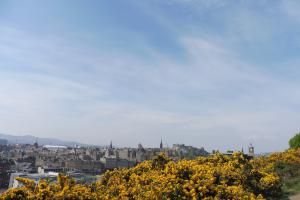 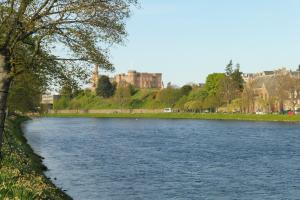 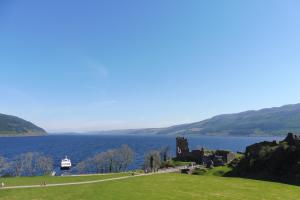 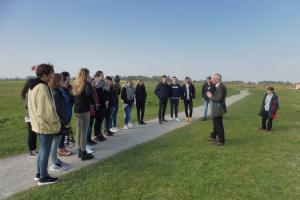 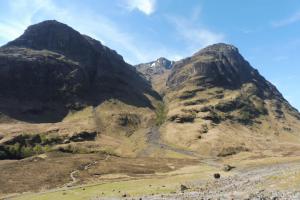